About our school song

The professors at Tokyo University of the Arts composed our school song around 1935. Tatsuyuki Takano (1876-1948), who wrote the words, is a famous scholar of Japanese literature especially in the history of Japanese songs and drama.

Kiyoshi Nobutoki (1887-1965), who arranged the words to music, achieved a lot in his career.He competed against Kosaku Yamada who was one of the best composers in Japan at that time. One of his achievements was to bring a brand-new music scale from Western music to Japan. He is also famous for composing many famous school songs.He was awarded the prize, Person of Cultural Merit, in 1963. 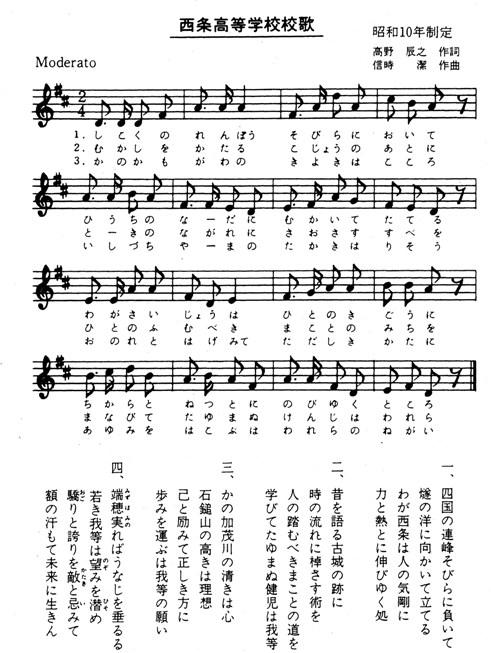